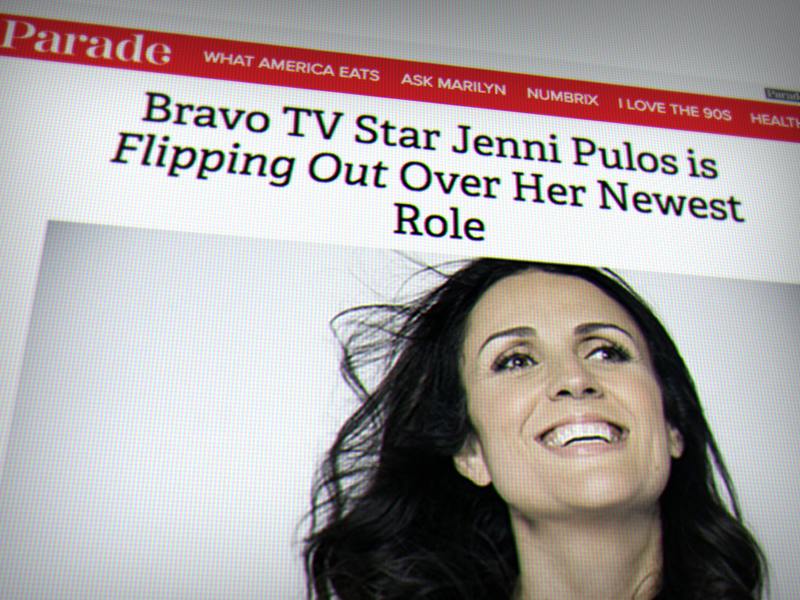 In an industry where physical appearance is a constant concern, Jenni Pulos, executive assistant to interior designer Jeff Lewis on the reality TV show Flipping Out and mom of two daughters, is setting her sights on beauty that reaches far beyond what meets the eye—and sharing it with others.

The Emmy-nominated producer is returning as host of this year’s Miss You Can Do It Pageant, an annual event inviting girls with special needs to compete for the crown in a pageant that celebrates courage and turning disabilities into abilities. Founded in 2004 by Abbey Curran, Miss Iowa 2008, who has cerebral palsy and was the first-ever contestant with a physical disability to compete in the Miss USA pageant, the nonprofit is gearing up for its 14th annual pageant on July 22, 2017, in Davenport, Iowa. Contestants primp and prep for different stages of the competition, such as talent and evening gowns. But when the day is done, it’s all simply a celebration, Pulos says. “Every girl is a winner at this pageant.”

As a former judge and host, Pulos gave Parade the inside scoop on this year’s event and what these contestants are teaching her about living a joy-filled life. 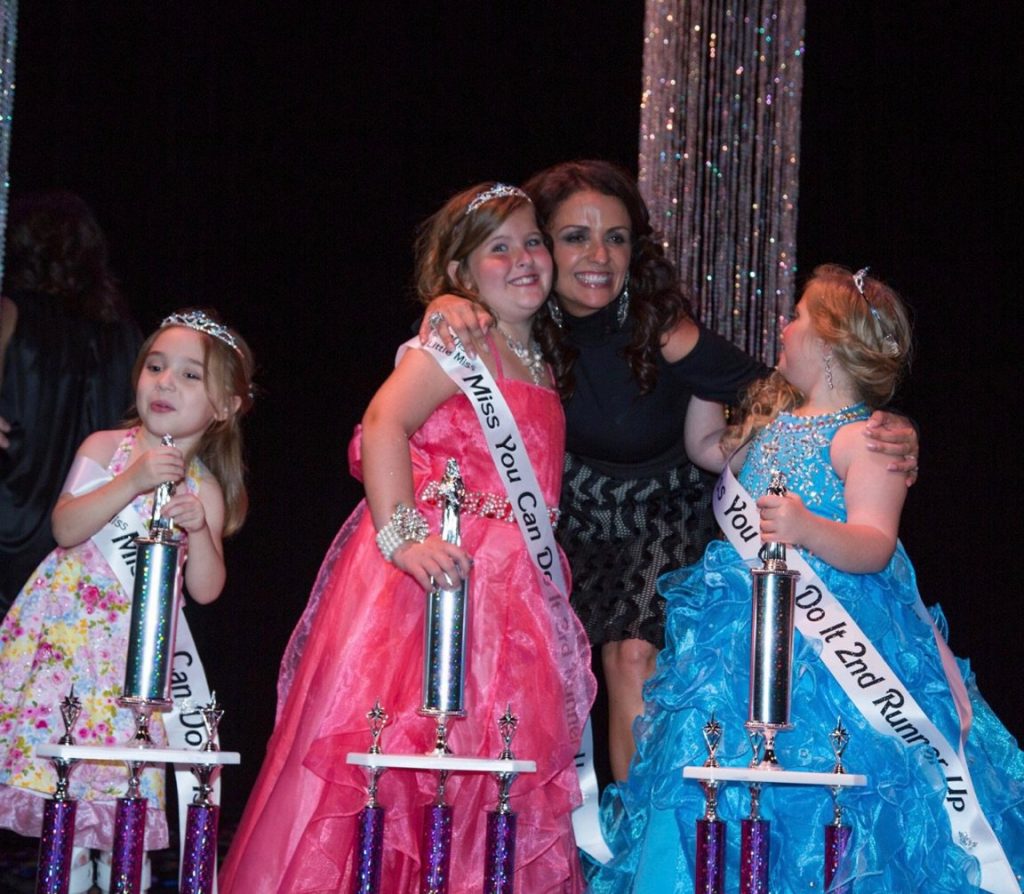 Why do you feel strongly about supporting the cause?

I met Abbey Curran in 2010 when she was being honored at the Susan G. Komen Women of the Year event at UCLA. She’s been such an inspiration to so many and she’s never let any obstacle define her or stop her from her dreams. That was the message in my book (Grin and Bear It, St. Martin’s Press, 2014): don’t let failure define you, rather stand up and make something lovely. And that’s what she’s done. She has cerebral palsy and she always wanted to win Miss USA and compete in a pageant, and many people said she’d never be able to that because she’s handicapped. After her journey, she started this pageant to show other girls with special needs that you can do anything.

But this cause also hits close to home for you?

I have a nephew with special needs. He was diagnosed with a brain tumor at 18 months old. Doctors said he would probably never live past age 4, and now he’s 21. When he couldn’t work a regular job because of his seizures, he got into painting. He’s become an artist, and his career is taking off. He’s creating the most beautiful art. He can’t speak and has about 10 to 20 seizures every day, yet he found his voice through artwork. So many people could have given up on him, and my family didn’t. He knows he has a purpose. We can look at it as a burden, or we can look at it as a soul that has come to teach other people. We may think that they’re suffering, but they are experiencing so much that ‘normal’ people may never understand. And that’s this pageant, and that’s Abbey and her family.

What keeps bringing you back?

The first year I judged, it moved me so deeply and in so many ways. Every year, my heart is filled. Whether I’m judging or hosting, I’m in tears of joy over how much we need all need to refocus the lens on what we worry about. These girls have so much joy. Selfishly, it gives me a recharge to understand we should all live in gratitude and joy. These girls inspire me to work harder and want to defy the odds even more.

There was one girl named Kathleen VandeMoortel, who won in 2007. And when she passed away, her parents reached out to me. At her funeral, her family was celebrating her life and a big part of her final years was this pageant. They even had her trophy there. It was so emotional for me because they’re reaching out at such tragic time, so the fact that they had that little bit of joy and light is a testament to Abbey Curran. You never know how much something can mean to someone. And it wasn’t about the competition–it was something special for her. The girls get all dressed up in their evening wear and a causal fashion look–it was all very exciting for Kathleen. It meant so much to them that she had that joy during her hardest years.

As a former judge, what are some keys things you would typically look for in contestants?

It’s more about celebrating the girl! We judged on their message. It was hard though! They are all so full of life. Everybody is celebrated, and everybody is enjoying it so much. It doesn’t come down to who wins because they’ve all made an impact on each other. 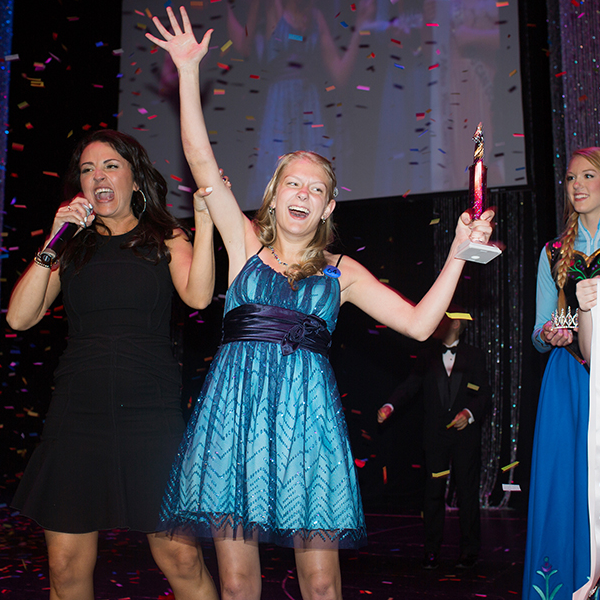 As a woman working in the entertainment industry, where outer beauty is seemingly always of concern, how do you keep “inner beauty” in focus?

I think if you stay focused on your work, then you’re going to be OK. Social media has so many pluses but also has so many minuses—you can get caught up in it! If you’re paying attention to all of that, it can take away from the artistic heart of everything that you’re trying to do. Go back to the work, go back to focusing on what you want to create and therein lies the inner beauty. Just because you’re not in your dream job doesn’t mean you shouldn’t work to the potential of where you’re at. The co-author of my book Kathleen King taught me you have to bloom where you’re planted. There’s the reality that life isn’t always going to go the way you want it, but when it doesn’t, you can make the most out of where you’re taken. Learn to cope and thrive when things don’t go your way. That’s this whole pageant. It’s a universal message.

You have two daughters of your own, Alianna, 4, and Georgia, 1 month old. Why is it so important for you to teach your daughters about inner beauty?

My No. 1 thing is kindness. You can build everything around that, but first we have to be kind and we have to have empathy for one another. I have a strong little girl, and she knows what she wants. I think that’s an asset in so many ways, but I think that must be infused with kindness. Inner beauty is that kindness. And humor too—humor is key! I started bringing my daughter Alianna to the pageant, and she loves it so she’s coming back with me this year.

You’re a woman of many talents, including rap music! Any news on a potential second rap album for kids?

We have about half of the album done! It’s old-school lessons, but we’re making them current and fun for young kids and fun for their older siblings. I will continue to always entertain kids and create great content for them. It’s a lot of work, but everything worthwhile takes time.

The 10th season of Flipping Out premieres August 17. What can we expect?

Jeff [Lewis] and Gage [Edward] are parents now so you’ll see the birth of their daughter Monroe, and their adjustment as new parents, which is also very entertaining! I’m pregnant during the season, so that’s always fun and challenging when working with Jeff!

So now you and your TV co-star both have daughters. Is that changing your dynamic?

It’s brought us closer. Your perception is just different. I told them ‘Oh, you just wait. You’ll be showing me pictures of Monroe all the time.’ And they said, ‘No, we’re never going to do that!” And now they’re doing it! I just laugh; I don’t even bring it up anymore. Honestly, the first few months for anybody are difficult, even if you have the easiest baby, which they didn’t. I always told Jeff it gives you a new purpose in your life and that’s the most important purpose. Jeff and I have gone through a lot, but I think we’re stronger for it. I think we understand each other and respect each other on another level. But it’s not all champagne and roses! We’ve had many different chapters of our friendship and working relationship, and this is a wonderful chapter.

And this year’s show is headed to your home! How about a sneak peek?

I renovated my backyard this year—I finally became a homeowner, which I recommend everybody do if you can. We just did our backyard and I thought to myself, ‘Oh my gosh, I understand why Jeff drinks every night!’ It’s so stressful. But the result was wonderful, and now I can understand why renovating becomes an obsession.

Are You Ready for the Pageant? Miss You Can Do It Pageant